Targeted Therapies for Leigh Syndrome: Systematic Review and Steps Towards a “Treatabolome”

Delivered by Prof. Rita Horvath and Dr May Yung Tiet

From their paper: “Leigh syndrome (LS) is the most frequent paediatric clinical presentation of mitochondrial disease. The clinical phenotype of LS is highly heterogeneous. Though historically the treatment for LS is largely supportive, new treatments are on the horizon.”

Rita Horvath is a Director of Research in Genetics of Rare Neurological Disorders at the University of Cambridge and Honorary Consultant in Neurology. She trained as a neurologist in Budapest, Hungary and completed her PhD on mitochondrial disease. She started laboratory research in Eric Shoubridge`s laboratory at the Montreal Neurological Institute before working in mitochondrial laboratories of the Academic Hospital Schwabing and the Medical Genetic Center in Munich Germany from 1999 to 2007.  She was later appointed as Lecturer in the Mitochondrial Research Group at Newcastle University, where she established her research group to study mitochondrial translation deficiencies and was promoted to Professor of Neurogenetics in 2013 in the Institute of Genetic Medicine as part of the Newcastle Wellcome Trust Centre for Mitochondrial Research. As a clinician, she developed a new service in Newcastle for patients with inherited peripheral neuropathies (Charcot-Marie-Tooth disease, CMT).  In September 2018 Rita took on the post of Director of Research (Clinical) at the Department of Clinical Neurosciences, University of Cambridge. The focus of her research is identifying key molecular disease mechanisms with the aim of developing treatments for patients with rare inherited neurological conditions, such as mitochondrial disease and CMT.

May Yung Tiet is an Honorary Clinical Research Associate studying the role of mitochondrial dysfunction in Ataxia-Telangiectasia.  She completed her BSc (Hons) Biomedical Science in 2006 and was a Research Associate at the Institute of Cancer Research. After completing her MBChB studies at Birmingham University in 2011, she has trained in various hospitals in West Midlands and obtained her National Training Number in Neurology in East Midlands. She completed her MSc in Genomic Medicine at Queen Mary, University of London in 2018 and was a Clinical Research Associate at the Institute of Genetic Medicine in Newcastle. 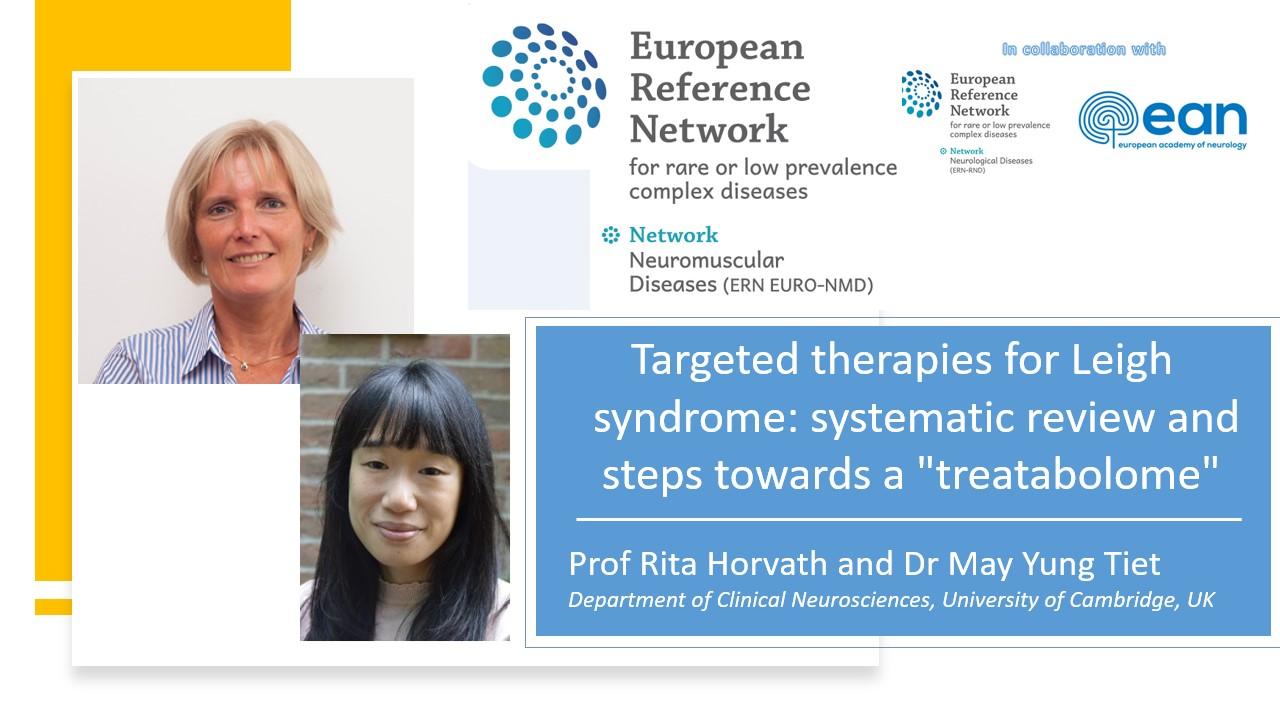