Overview of current state of the art of NMD management

J. Andoni URTIZBEREA, (MD, MSc), aged 62, is a French physician trained in Paris University (1983-1987) and certified both in paediatrics and PMR (physical medicine and rehabilitation). After graduating in parallel from the Institut d’Etudes Politiques de Paris in 1987, he served many years as Medical Director of the AFM-Telethon and then as General Delegate of the Institut de Myologie of Paris (1993-2000). As Scientific Director of the European Neuromuscular Center  in the Netherlands and together with AFM’s support (ENMC, 1999-2005), he contributed to the establishment of many worldwide networks in myology, an emerging discipline dedicated to muscle and related disorders (Duchenne muscular dystrophy, spinal muscular atrophy, Limb Girdle Muscular Dystrophies among many others). He served until December 2019 as a part-time clinical myologist in Hendaye, France (APHP) and as deputy coordinator of the French Neuromuscular Network (FILNEMUS) in Marseilles. Over the past twenty years, he headed various worldwide educational events dedicated to myology (in France, Russia, Latin America and, more recently in the Middle-East). He is a regular visiting professor in various countries and a consultant for many pharma involved in the field. Ideally located at the intersection of industry, patient advocacy groups and academia, his main objective is to raise more awareness about these rare conditions notably in emerging countries and more specifically in the context of novel cutting-edge therapies. Dr. Urtizberea knows quite well the Middle-East, the Indian sub-continent, Russia and Latin America. More recently (2016), and together with Prof. André Megarbané (Beirut, Lebanon), he co-founded ‘Maladies Orphelines Sans Frontières’ (MOSF), an NGO dedicated to humanitarian relief in the field of rare disease. 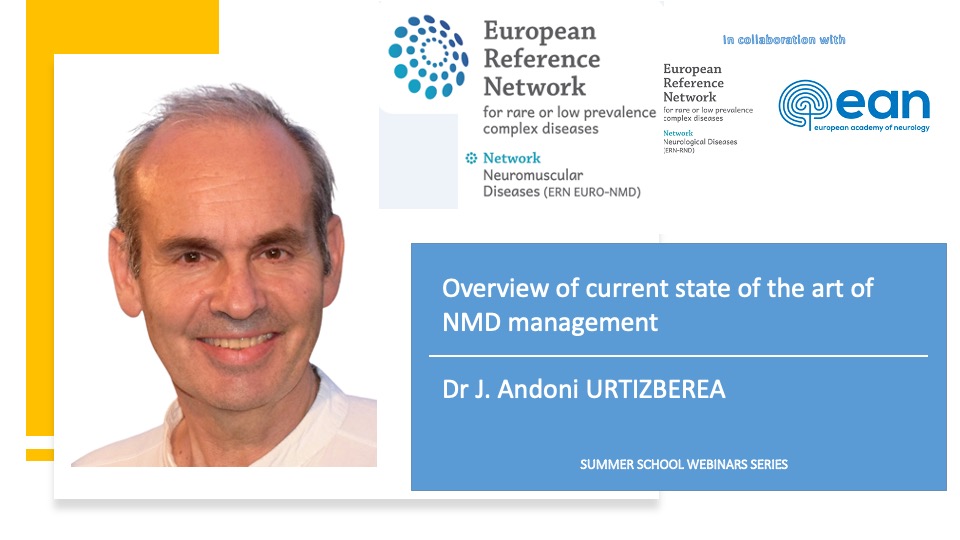