Delivered by Michelangelo Mancuso (Neurological Institute of the University of Pisa, Italy) on the 01 September 2022 at 16:00 Paris Time

This is a webinar part of a “World Mitochondrial Awareness Webinar Series” organized by EURO-NMD, EAN, ERN-RND and ERN-Epicare.

He mainly deals with cerebrovascular, neuromuscular and genetic diseases, including mitochondrial diseases. He also has extensive experience in the diagnosis and treatment of headache.

Member of prestigious scientific societies, he is author of numerous publications and has participated, also as organizer, in national and international congresses. 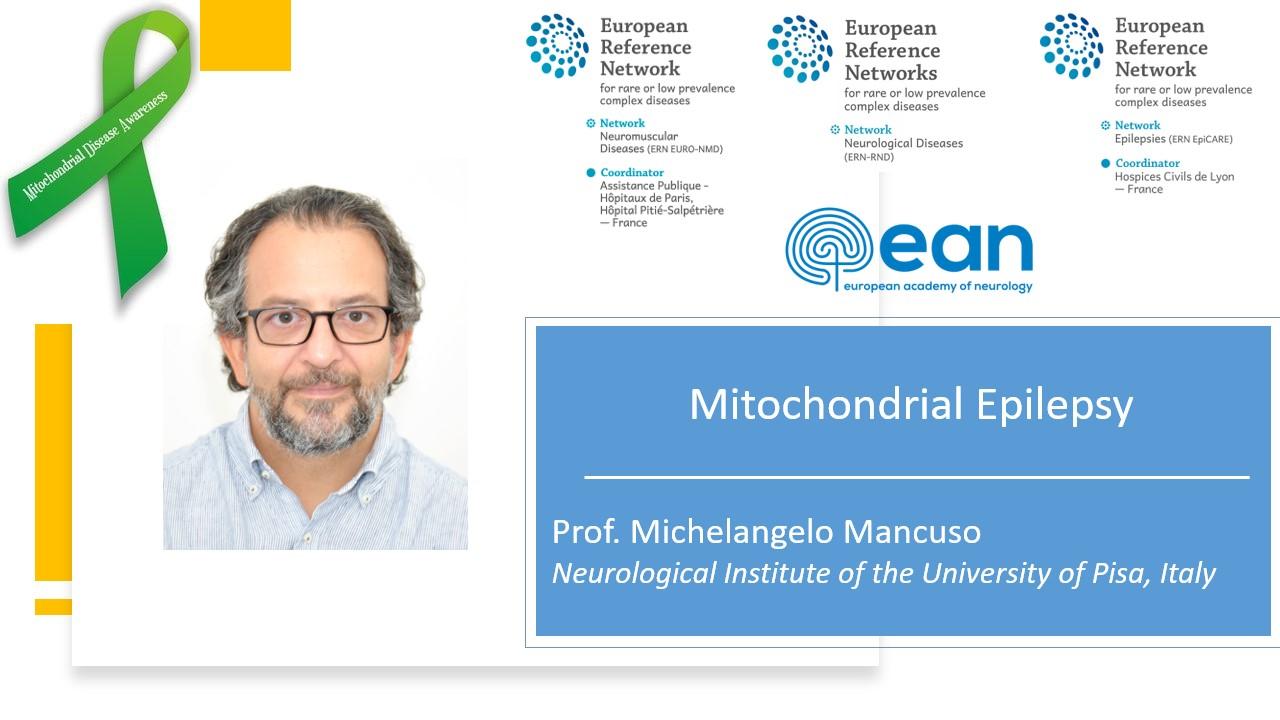