The Academic Medical Center (Dutch: Academisch Medisch Centrum), or AMC, is the university hospital affiliated with the Universiteit van Amsterdam (University of Amsterdam).

It is one of the largest and leading hospitals of The Netherlands, located in the Bijlmer neighborhood in the most south-eastern part of the city. AMC consistently ranks among the top 50 medical schools in the world. 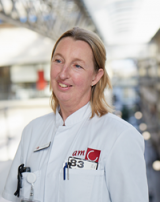 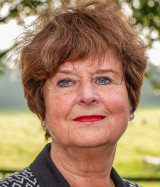 Marianne has been the leader of the neuromuscular group at the Academic Medical Centre in Amsterdam in the Netherlands for more than 20 years. During this time her group has contributed to research on muscular dystrophies, myositis, motor neuron diseases and hereditary neuropathies. She and others have initiated and implemented the core curriculum on neuromuscular disorders for neurologists in The …