Latvian Biomedical Research and Study Centre (BMC) is the leading scientific institute in molecular biology and biomedicine in Latvia. Since its establishment in 1993 it has evolved into a powerful scientific centre performing basic as well as applied research in three major directions: human genetics and disease mechanisms; cancer research; structural biology, biotechnology, virology.

The Genome Database of the Latvian Population (LGDB) is a national biobank that collects, maintains and processes health information, data and bio-specimens donated by representatives of the Latvian population. Established in 2006 LGDB comprises bio-samples, associated phenotypic and clinical information from approximately 1.5 % of the Latvian population. It is a mixed design biobank, which includes population-based as well as disease based cohorts. In 2016 Latvia became a member state of Biobanking and Biomolecular Resources Research Infrastructure (BBMRI) and BMC’s Genome center became a local node for its activities, thus as such provides support for other local biobanks. 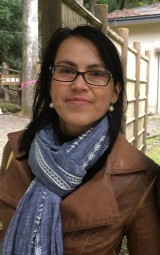 Dr.biol. Inna Inashkina is the leading researcher (the head) of the Medical Genetics and Mitochondrial Research Group in the Latvian Biomedical Research and Study Centre, Riga, Latvia. For the last couple of years, this group has been involved in Medical Genetics and Mitochondrial research projects, focused mainly on disease developmental mechanisms at the molecular level.